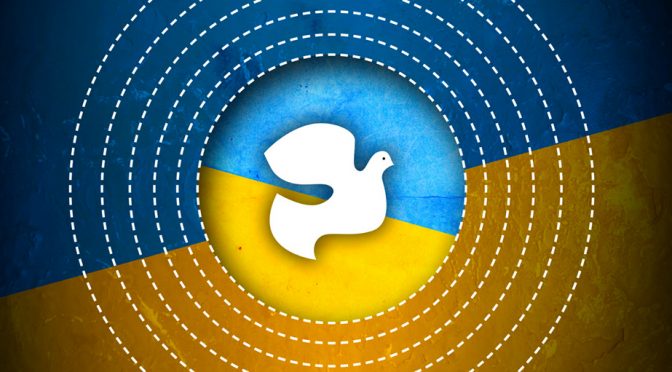 Serhiy Sivokho, the advisor to Ukraine’s Secretary of the National Security and Defense Council on reintegration and restoration of Donbass, was attacked on March 12 during the presentation of the National Platform for Reconciliation and Unity.

The National Platform for Reconciliation and Unity was supposed to be presented first time on February 19 2020, but that time it was postponed because of the sharp aggravation of the situation at the contact line the day before (the article on the developments of February 18 is here).   The event to present the Platform on March 12 was disrupted by several dozens of far-right nationalists, all connected to the National Coprs (far-right political party led by Andriy Biletsky, former commander of the Azov regiment, ideologist of white suprematism linked to international groups of the same ideology).

A group of Azov veterans and National Corps members barged into the presentation hall, started arguing with Sivokho and then pushed him off his feet to the floor when he was trying to leave. Marina Khatsauk, the chief of media and communication department of Sivokho’s office was kicked. Later that day Marina Khatsauk told that, “All what happened is another proof that we are on the right path and that the dialogue is necessary”.   The police present there didn’t initially interfere. Serhiy Sivokho was helped to his feet and left the premises. The same day Sivokho stated via his Facebook account: “Some people do not need peace. They want the war. Because war is business and big money. They disrupted the presentation, but they would not stop our movement to peace. We continue our work and our dialogue.”

Although the police initially didn’t interfere, later they detained 15 people. Biletsky called on his followers to “fight for the release of our heroes”. Several dozens of people, also dressed in the uniform of the National Corps, were rallying by the police station. The National Corps also submitted a statement to the Security Service of Ukraine accusing Sivokho of treason.

In mid-March 2020 three of the attackers are scheduled to face the trial on preventive custody in Kiev Pechersky district court. They are Sergey Tamarin, Alexander “Volkov” and Yury Kaplya. Biletsky in his Telegram channel called on “every veteran, every nationalist, every Ukrainian to be in the court to stand up for our folk”.
Below is the text of the Platform which the Finnish Peace Committee received from Serhiy Sivokho’s office.

We would like to highlight that our platform is not even formally registered, which we feel will allow flexibility in the way we work without bureaucracy. This will help coordination. We are not a group which would like to impose its agenda on others, but instead to create a collective and inclusive view. The various NGOs and pro-peace groups working on the Donbas offer a variety of specialist support: humanitarian response, social support, justice issues, dialogue and mediation etc. We are hoping to engage this full range of expertise, including people who want to try to influence a constructive and more holistic policy towards the Donbas. We know some of these experts and organisations already but we encourage people who want to participate to get in touch [ensure to provide details]. We will set out a programme for our own initial dialogue to plan collaboration and policy planning, along with international organisations and experts.

An added value is that our platform has good direct professional relations with the Cabinet of Ministers, President’s Office and MPs. We know that the new Vice PM on reintegration wants coordination with all relevant organisations, and we want to be the mechanism through which to do that.

In terms of trust, we do hope to gather people who are willing to work together on the basis of trust. Trust will reduce competition and provide the ground to elaborate together and convey the joint position/messages directly to state authorities. We need to build this trust and consensus. That does not mean we will always agree, but listening to each other and sharing views on how to proceed is the first step. A common motivation for building this trust is the creation of a collective voice on key issues with real policy impact on the lives of those innocent civilians affected by conflict. This applies not just to the Donbas, but across the country. It will show that the Ukrainian government is serious about what it says. Trust is the key word for dialogue not only in armed conflicts but insides of pro-peace communities.