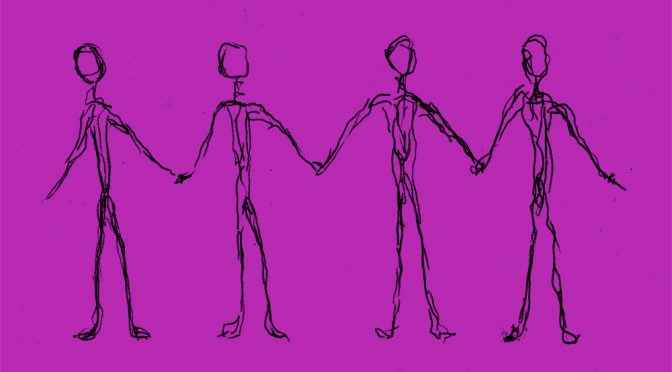 Aki Kaurismäki has joined his voice to the campaign of support to Pavel Ustinov, a Russian actor sentenced to 3,5 years on charges of violence against a policeman. Ustinov refuses to admit to any crime committed by him. The renowned Finnish film director quietly told having listened to the story,  ”You tell his name is Pavel. Then I am with Pavel”.

His message reached Moscow in the evening of September 17 when in Sakharov Centre musicians were holding a concert to raise money in support of people trapped in summer 2019 in the framework of unsanctioned rallies-case. Kirill Medvedev, a musician with Arkady Kots band and a social activist, announced Aki Kaurismäki’s decision that evening. Later Kirill told the Finnish Peace Committee that nearly 86000 Rub (1200 Euro) had been raised that evening to help people in detention.

In the morning of September 18th all of a sudden the prosecutor’s office made one more step backwards in the case of another detainee, Aydar Gubaidullin. On the day of the new court trial the prosecutor appealed to the court to return the case for a new consideration and release the  activist under home arrest. The judge satisfied the request because of discrepancy between the gravity of the committed act by Gubaidullin and severity of the expected punishment. Gubaidullin was released in the court room.

Moscow is facing strong political turmoil caused by their decision to crack on protesters who took to streets in summer this year demanding free access to September 8th elections for all independent candidates.

Both dimensions of power in Moscow, regional and federal, are now trying to minimise the negative effect of their attack on protest. The plight of the captured people has captured attention of so vast segments of the Russian society that the authorities are being forced to step back.

It reminds of Ivan Golunov’s case. Ivan Golunov, a journalist with Meduza online media, was framed by the police on drug-related charges. The level of outrage caused by the absolutely blatant provocation forced even those who are never seen as followers of Meduza to speak up for the journalist. After journalists of Russian mainstream media wove their voiced together with the outrage of people critical of the authorities, all charges against the reporter were dropped and he was freed.

During the swear-in ceremony Maxim Kruglov, one of the newly elected deputies of the Moscow city council, addressed the head of the city electoral commission with a warning that the Yabloko party fraction in the Council would demand his resignation. Maxim Kruglov is reported as saying, ”We regard you responsible for the fact that many young people got behind bars this summer. The Yabloko fraction will demand your resignation because you are neither capable nor able to hold elections”.

In the immediate aftermath of the protest, the system was grabbing people indiscriminately, in an empty attempt to present them as participants of the ”mass unrest” which is criminalised in the Article 212 of the Criminal Code of Russia.

However, the authorities didn’t have evidence to prove ”mass riots” for the only reason: such evidence does not exist. The first step backwards was closure of five criminal cases in which people randomly detained on the site of the protest got administrative punishments, served their days in prison, paid fines, got released to be immediately detained in the framework of criminal cases opened on them. In some cases it was enough to be identified by the Centre for Combatting Extremism as it happened to the resident of Nizhny Novgorod Vladislav Barabanov.

All the 5 people whose cases have been closed were charged only under the article of mass riots. To all appearances, the order to minimise the damaging public resonance came from somewhere in the top of the ziggurat of the Russian power. They just could not prove ”riots”. Vladislav Barabanov is among the fortunate ones. The video of his arrest proves that he was just standing doing nothing.

Answering the question if detentions of people during rallies starting from July 27 were random, Vladislav tells, ”Police were targeting the ones who they regard as ”politically active”. They don’t care that our activism has never been violent”. Vlad describes his case as absurd, ”To organise charges, they had to fabricate evidence. The video they used against me was actually a proof of my innocence as I did nothing there. I was just standing. To make it evidence, they created a copy-channel of another activist, Yegor Zhukov. It looked like his genuine account with the only difference there was just video uploaded there, from the action of July 27. They faked Yegor’s channel and added the slogan, ”We are aiming at overthrowing power”. Then they made two screenshots of the video they uploaded into the fake channel and presented those two screenshots as evidence.

The courts are quick to handle sentences. Ivan Podkopayev was sentenced to 3 years in a penal colony. He pleaded guilty for spraying pepper spray in the direction of the law-enforcement agents. Entrepreneur Danila Beglets got a 2-year sentence despite his claims that he had happened to be on the set of the protest by accident and could not leave. Civic activist Konstantin Kotov got 4 years of penal colony under the article criminalising participation in five unsanctioned rallies in a row. This sentence caused strong public outcry, also because in the light of the fact that this new norm of the Russian Criminal Code was found unconstitutional with the ruling of the Constitutional Court from February 10, 2017.

The 3,5-year sentence on 24-year-old actor Pavel Ustinov has made the punitive system stumble. It would not be exaggeration to state that the overwhelming majority of the theatre and film community of Russia immediately launched a protest against the harsh sentence on the actor. On September 17th several Moscow theatres concluded their evening with words of support to Ustinov. Flash mob in social media was initiated by another young actor, Alexander Pal.

Online petition to free Konstantin Kotov raised more than 77000 signatures. The petition is still open to be signed.

By now more than 80 Russian Orthodox Priest have signed the petition in defence to people imprisoned in Moscow case, according to ”Pravmir” online media.The priests point out that punishment has to be proportionate to a breach of law. The priests appeal to the authorities of Russia stating that ”court hearings should not repressive and courts as such must not be used a tool to put down dissent”. Teachers launched their petition to stop reprisals . It has been signed by more than 2800 people in the matter of just 2 days.

They state that they ”teach children that they live in the constitutional state while after school their pupils realise that they be detained, arrested and brought to trial for a slogan with the article from the Constitution”.