Ukrainian President Volodymyr Zelensky met President Recep Tayyip Erdogan in the Turkish capital on October 16th 2020 during his official visit to Turkey. Their discussion ranged from defence and trade co-operation to bilateral, regional, and international issues, including the Karabakh crisis.

They negotiated the agreement on the joint production of the AN-178 aircraft by Ukrainian manufacturer Antonov and Turkish companies.

Furthermore, the Ukrainian Kyiv Post reports that Zelensky and Erdogan were discussing such bilateral projects as installing Ukraine-produced engines on Turkish weapons and military equipment. Zelensky also visited a number of Turkish defence industries, including those producing unmanned aircraft systems.

The Turkish pro-government Daily Sabah reports that Ukraine had last year already purchased the Bayraktar Tactical Block 2 (TB2) unmanned aerial vehicles from Turkey as part of an agreement on the purchase of a total of 12 UAVs. Along with the UAVs, Turkey will also provide three ground control station systems and a variety of equipment.

The Defence News also recently reported that Turkey hopes to source aircraft-engine technology from Ukraine. According to the report, Turkey wants to develop an indigenous engine technology for various aerial platforms it has developed.

During the visit the two presidents emphasized that the Republic of Turkey supports the prospect of Ukraine’s membership in NATO. 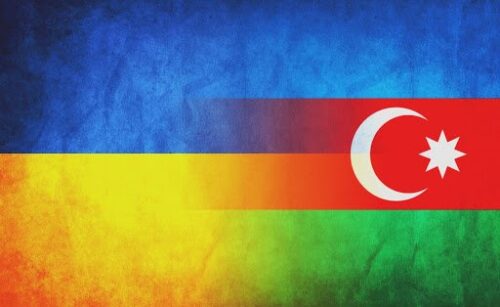 The conservative Turkish Yeni Safak newspaper also announced that the Ukrainian president had been scheduled to meet representatives of Ukrainian and Crimean Tatar communities in the country. The same newspaper told of the joint press conference of the two presidents at which they declared a win-win principle in the strategic partnership between Ukraine and Turkey. They stated that “Ukraine hailed Turkey’s call for Ukrainian observatory membership to the Organization of Islamic Cooperation (OIC) and developing better relations with the Turkic Council”.

Since 2017 the Mejlis of the Crimean Tatars has been holding discussions on the establishment of the Crimean Tatar autonomy in the south of Ukraine, mostly in the country’s Kherson and Nikolaev regions. These plans have been halted due to concerns over such an autonomy triggering the process of federalization of Ukraine as well as “negative sentiments of the Slavic population of these regions towards such plans”.

In addition, Turkey is gaining a greater presence in the area through economic projects. Thus, in February 2020 Ukrainian media reported on the Kherson Region and the Turkish province of Tekirbag establishing mutual cooperation. Both the Kherson and Mikolaiv regions are strategic to Turkey as they have a vast Black Sea coastline.

In a statement on October 13, the US State Department deplored the renewed Turkish survey activity in the Black Sea. It explicitly warned Turkey: “Coercion, threats, intimidation and military activity will not resolve tensions in the Eastern Mediterranean. We urge Turkey to end this calculated provocation and immediately begin exploratory talks with Greece. Unilateral actions cannot build trust and will not produce enduring solutions.”

The Turkish Foreign Ministry shrugged off the US warning.