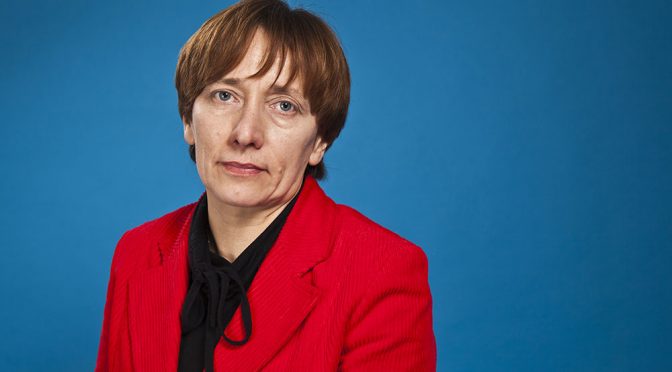 This spring Donbass, the area of the conflict developing its fifth year, has seen two agreements to halt armed activities. Since 2015 the sides of the conflict have been giving such assurances already 19 times.

On March 5th, this year, the sides agreed to keep ceasefire. It was not lasting. On March 30th the sides once again upheld their recommitments to give people a chance to have peaceful Easter. Yesterday, on April 15, the sides were again pushed to stop fire. The “quiet regime” started at 12.45 the same day. At that, already in the evening there were reports coming of the shelling of outskirts of Gorlovka and Dokuchaevsk (both located on the side of Donetsk region which is not controlled by the Ukrainian government).

According to the data voiced on April 13by Alexander Hug, the chief deputy of the OSCE SMM, last year 480 civilians and this year 39 civilians were killed or injured, “not counting victims this week”.

Alexander Hug referred to the major upsurge of violence of April 10 and 11 when Ukrainian army started indiscriminate shelling the outskirts of a number of settlements of Donetsk region. The other side also violated the terms of the agreed ceasefire by launching response fire.
Alexander Hug stated on April 13, that during the first hours of the upsurge, there were “more than dozen impact sites, in which children were woken from sleep with the terrifying sound of artillery rounds crashing into their homes and neighborhoods. There are many injuries”.
Hug explains the horror of life under fire by “military mindset” of both sides as they “fail to prioritise the needs of civilians, withdraw weapons, especially from residential areas, and de-mine”.

Among victims of the difficult week of April 10/11, there were a 37-year-old woman and her 30-year-old husband who were wounded by their house in Lenin Street in a village of Staromikhailovka in early morning of April 11. They are parents of four children from 13 to 2. They saved the children sustaining wounds themselves.

The report by the OSCE SMM from April 12 describes what the monitors saw in hospitals to which the parents were taken, the woman having more than a hundred small wounds from both glass shards and shrapnel and her husband being in critical condition. The OSCE report quotes the survivors as saying, “They all were together in the bedroom of the apartment for the final explosion when the woman heard a whistling sound and an impact very close to the apartment, after which everything went dark and the apartment filled with smoke. She said that at the time of the impact, her husband had been standing by the window. The husband said he heard a loud sound. The woman said they all were brought by private car to a nearby checkpoint where an ambulance picked them up and took the woman and her husband to hospital number 24 in Donetsk city where they were both admitted… The SMM observed a bandage on the husband’s throat, swollen eyes and numerous small wounds on his body. “

The next report published by the OSCE SMM describes another victim of the same night shelling, “The SMM spoke with the owner (woman, aged 43) (house at 8 Molodizhna St., in Staromikhajlovka) and her eight-year-old daughter, who had fresh bruising around her left eye. She told the SMM that they had been sleeping inside when they heard the whistling sound of incoming shells at around 05:10 on 11 April and that after the impact, she saw that her daughter had bruises on her face”.

Alexander Hug states, “As sides fail to comply with commitments, they must minimise the worst effects of the conflict on civilians – e. g. by non-use of mortars and artillery in residential areas, by prohibition on positioning of hardware in residential areas and by immediate de-mining”.

This objective still remains a dream for civilians who are trapped in the conflict area. To raise concerns over their plight, no matter on which side of the conflict line they try to survive, it is necessary, at least, that politicians start reading the OSCE SMM daily reports.

At that, the reality on the ground is not a secret for a number of European politicians. On April 11, the governor of the Ukraine-controlled part of Donetsk region told on his Facebook page that they were receiving a high-profile delegation from Lithuania. The prime-minister, minister of defense and deputy minister for foreign affairs of this EU country visited Avdievka at the time of the upsurge in violence. Pavlo Zhebrivsky posted their photos in protection vests while groups of children were organised to greet them who were absolutely unprotected. On April 13 Zhebrivsky reported on a high-level delegation of the Slovak Republic visiting Avdievka and some settlements in the immediate vicinity of the contact line.

Meanwhile, on April 14 there were reports on the Ukrainian army shelling the area of the cemetery Zaytsevo, the suburb of DPR-controlled Gorlovka. It started an a hour and a half before the already agreed time for the ceasefire which was to begin at 12.45 yesterday.  At the time of the shelling the cemetery was full of civilians who came to visit the graves on the commemoration day. The day before a school bus from Zaytsevo came under fire. The children were rescued while one of the DPR militants, a man of 21, was reported as killed. On April 11, a group of 3rd and 4th-graders came under fire in Petrovsky district of Donetsk. It started when pupils of school number 103 were walking back home after lessons. A woman who witnessed that, stated, “It was something like heavy submachine gun. When bullets started to fly over children’s heads, they fell down. My colleagues and I were in the office nearby. We crawled to the children helping them to reach a safe place. The fire was delivered from the direction of Marjinka controlled by VSU as we are very close to their positions”.