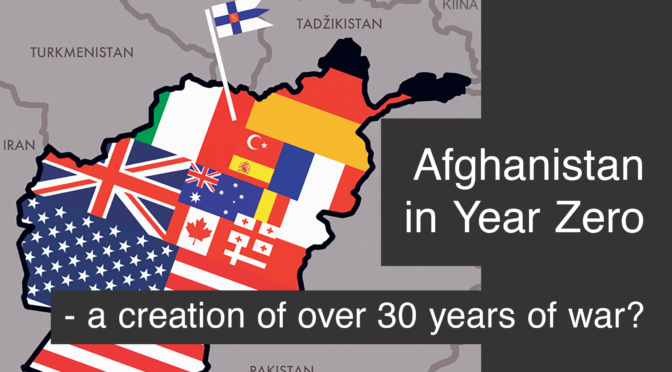 Critical look at the 20 year long invation of US and it’s allies, including Finland. The war with origins in violence that precede the previous Soviet Union’s invation in 1979.

Reko Ravela has a long career as a social and peace activist and has written a book Endless War in Afghanistan (published in Finnish Afganistanin loputon sota, Like & Rauhanpuolustajat 2008).